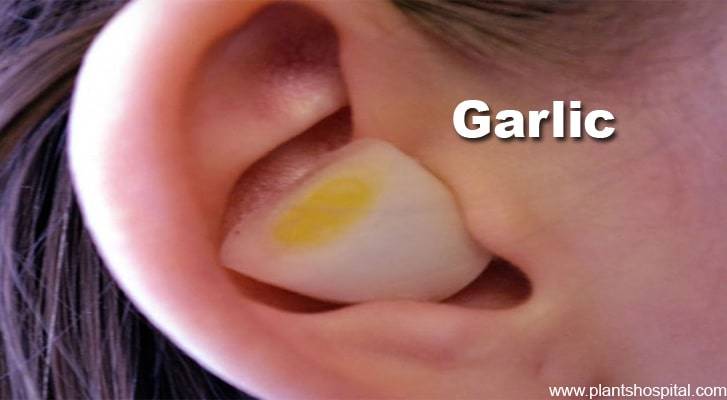 Garlic is though to have originated from central Asia, but the origin of the plant is difficult to trace and other writers such as De Canolle (2006) in his Origin of plants claims that garlic originated in the southwest of Siberia, whence it spread to southern Europe.

Garlic is now found growing wild in most Mediterranean countries and where it has a long historical association.

The ancient Greeks placed garlic on the piles of stones at the cross roads as a supper for Hecate, the Greek Goddess of cross roads, while the Egyptians invocated as deities at the taking of vows.

Roman soldiers and slaves were often fed garlic although historical manuscripts record a general dislike to the smell which was accounted a sign of rudeness.

It has a higher concentration of sulfur compounds than any other Allium species which are responsible both for garlic’s pungent odor and many of its medicinal effects.

One of the most biologically active compounds in garlic is allicin (diallyl thiosulfinate or diallyldisulfide). The most abundant sulfur compound in garlic is alliin (Sallylcysteine sulfoxide), which is present at 10 and 30 mg/g in fresh and dry garlic, respectively (Lawson, 1998).

Typical garlic food preparation such as chopping, mincing and crushing disturbs S-allyl cysteine sulfoxide and exposed it to the allinase enzymes, then quickly converted it to diallyl thiosulfinate, which give off garlic’s characteristic aroma.

The allinase enzyme responsible for diallyl thiosulfanate conversion becomes inactivated below a pH of 3.5 or with heating.

Although allicin is considered the major antioxidant and scavenging compound, recent studies showing that other compounds may play stronger roles; such as polar compounds of phenolic and steroidal origin, which offer various pharmacological properties without odor and are also heat stable.

The effective dosage of garlic has not been determined. Dosages generally recommended in the literature for adults are 4 g (one to two cloves) of raw garlic per day, one 300-mg dried garlic powder tablet (standardized to 1.3 percent alliin or 0.6 percent allicin yield) two to three times per day, or 7.2 g of aged garlic extract per day.

It is an important spice or condiment and is chiefly used for flavouring and seasoning vegetable and meat dishes. Most often the bulb is used either eaten raw or cooked.

When cooked the whole bulb can be roasted in olive oil in an oven and eaten whole, or the cloves are used as flavouring.

Can also be dehydrated and preserved in oil. When home preserving in home care must be taken no get botulism, this can be avoid by refrigerating and not keeping for more than two weeks.

Can also be pressed for its oil, and pickled. The garlic flower stems (scapes) are also edible and used in cooking. It is used similar to chives but has a more mild taste.

In it’s medicinal use Garlic preparation are given in whooping cough and other lung diseases, stomach complaints (as ulcers of the intestines) disorders resulting from child birth and as a specific remedy for sore eyes and earache.

The Italan mafia used to believe that garlic oil was toxic and if it entered your blood stream you would die.

As a result they coated their bullets with Garlic Oil in the hope that if their enemies somehow survived a mafia hit, and were only wounded, them they would die later as a result blood poisoning.

This belief is thought to have resulted from deaths that had occurred from congesting Garlic Oil that has become infected with botulism, a common risk associated with home prepared oils.

During the plague it in 1722 in Marseilles it was the principle ingredient for the “four thieves vinegar” a protective ointment. The ointment was given the name from the confession of four thieves who used a mixture of garlic and vinegar to protect themselves from the plague while they plundered the riches from dead.

In Word War II and many of the earlier wars garlic was used as an antiseptic to treat the wounded.

Role of Garlic in Health

It can also boost the immune system to fight off potential disease and maintain health. It has the ability to stimulate the lymphatic system which expedites the removal of waste products from the body.

It is also considered an effective antioxidant to protect cells against free radical damage.

It can help to prevent some forms of cancer, heart disease, strokes and viral infections.

Garlic alone can provide us with over two hundred unusual chemicals that have the capability of protecting the human body from a wide variety of diseases.

The sulfur including compounds found in garlic afford the human body with protection by stimulating the production of certain beneficial enzymes.

How To Use Hibiscus Tea (Hibiscus Sabdariffa)

Disorders of the heart and the circulatory system claim more lives than any other diseases.

It is the obstruction or clogging of the coronary arteries which causes more deaths than any other factors. The arteries, which supply the heart with blood and oxygen, become increasingly narrower as plaque builds up over time.

When blood supply becomes restricted, a certain portion of the heart is deprived of oxygen and leads to heart attack.

The two greatest means of heart disease are high blood pressure and high blood serum cholesterol levels; which are directly impacted by the therapeutic action of Garlic.

The relevant role of garlic in coronary heart disease was done on rabbits and found that even pre-existing atherosclerotic deposits and lesions could actually be reversed if garlic was consistently consumed.

Of the many favorable actions of Garlic, inhibition of the growth of cancer is perhaps the most prominent.

It has several synergistic effects that either prevent or possibly may fight cancer. The action of Garlic has been attributed to stimulate immune effector cells including T-cell and natural killer cells.

Numerous epidemiological, clinical and laboratory studies have demonstrated that, Garlic has a great role in cancer prevention especially in relation to digestive tract cancers.

Human population studies have shown that, regular intake of garlic reduces the risk of esophageal, stomach and colon cancer.

This was thought to be due to the antioxidant effect of allicin in reducing the formation of carcinogenic compounds in the gastrointestinal tract.

A very important epidemiological study for Americans has been published in which the intake of 127 foods (including 44 vegetables and fruits) was determined in 41,387 women (ages 55 to 69) followed by a five year monitoring of colon cancer incidence.

The most striking result of this “Lowa Women’s Health Study” was the finding that Garlic was the only food which showed a statistically significant association with decreased colon cancer risk.

For cancers anywhere in the colon, the modest consumption of one or more servings of Garlic (fresh or powdered) per week resulted in a 35% lower risk, while a 50% lower risk was found for cancer of the distal colon. A number of animal studies support the effectiveness of garlic in reducing blood glucose in streptozotocin-induced as well as alloxan-induced diabetes mellitus in mice.

Most of the studies showed that Garlic can reduce blood glucose level in diabetic mice and rabbits (Ohaeri, 2001).

A study was conducted to evaluate oral administration of garlic extract for 14 days on the level of serum glucose, total cholesterol, triglycerides, urea and uric acid, in normal and streptozotocin-induced diabetic mice.

The result of the study showed significant decrease.

It has probably been most popularized as a complementary therapy for blood pressure control.

Platelets and fibrin play great role in blood clotting and higher amount of fibrin in blood can cause heart attack.

Components can reduce fibrin formation and also help reduce the fibrin existing in the blood even better than aspirin.

A sulfur compound found in Garlic seems to be responsible for its anti-clotting effect; but ajoene is only viable at room temperature or above, it is not present in raw or freezedried Garlic.

It is believed that the addition of garlic to a diet can help to increase the breakdown of fibrin from 24 to 30% in people.

A study examined 43 persons for their topical use of two different Garlic extracts for wart and corn treatment.

Of these persons, 15 volunteers utilized a water extract of garlic, while 23 volunteers applied lipid extract to appropriate areas twice a day.

Five controls applied only a neutral solvent. All lipid extract volunteers experienced complete resolution of wart and 80% of corn within one to two weeks.

Controls showed no improvement from baseline. The lipid extract did cause some burning, redness, blistering and skin darkening, which was resolved after conclusion of use.

With the arrival of frightening viral diseases like HIV/AIDS, boosting immunity system is receiving a new attention.

Because these types of diseases have no effective cures or treatments, strengthening the body’s ability to fight off infection has become even more important.

It has abundant sulfur containing amino acids and other compounds that seem to initiate increased activity in the immune system.

It is one of the impressive conductors of the body’s immune system; which stimulates immune function by making macrophages or killer cells more active.

In light of the enormous pressures, which our immune systems sustain, supplemental nutrients like garlic are clearly needed.

Extract, allicin is efficiently scavenged exogenously generated hydroxyl radicals in a dose dependent fashion, but their effectiveness was reduced about 10% by heating to 100°C for 20 min.

Garlic (both the homogenate of 10% in physiological saline solution and its supernatant) was able to reduce the radicals present in cigarette smoke.

Read Next: The Amazing Antioxidant Properties of Arugula

Among the many uses of garlic, it appears to have the fortunate capacity for protecting against the negative effects of stress that affects the autonomic nervous and neuroendocrine system.

Rats that were trained with endurance exercises to physical fatigue enjoyed improved parameters of aerobic glucose metabolism, attenuated oxidative stress and vasodilations, when given garlic at a dosage of 2.86 g/kg for 30 min before exercise.

Given the extreme chronic stress many people now face in their daily life, garlic may prove useful to counter the negative impact of this stress on human physiology.

Consumed for hundreds of years, garlic is regarded as a safe food. However, in addition to the possible interaction with drugs cited above, several health risks have been reported to be associated with the excess consumption of garlic, or with contact with garlic it in the workplace.

Increased exfoliation of the gastric surface epithelial cells in healthy subjects has been reported after the intragastric infusion of a single dose of raw garlic of over 0.75 g. By injecting 0.5 mL of raw garlic juice into the ligated duodenum of rats, injury to the duodenal mucosal lining followed 2 hours after exposure, with severe damage including ulcers and bleeding occurring after 24 hours. Garlic essential oil is reputed to have antibacterial, antiseptic and anti-hypertensive properties and can be used to;

In China, it was used for diarrhea, dysentery, tuberculosis, diphtheria, hepatitis, typhoid and ringworm.
In the West it was used for respiratory and urinary infections, digestive disorders, high blood pressure and epidemics.

The main adverse effect commonly associated with garlic intake is breath odor, especially when raw forms of the herb are used.

Nausea and vomiting are other major adverse effects and care should be taken in consuming high quantities.

Although an entire bulb produces little juice, it is potent and can act as a strong emetic, even in small quantities.

Although garlic generally poses little in terms of safety issues, there are isolated cases of topical garlic burns and anaphylaxis.

Rare garlic allergy has been attributed to the protein allinase, which has induced immunoglobulin E (IgE) mediated hypersensitivity responses from skin prick testing.

As a result, the literature has generally cautioned against using garlic while using anticoagulant therapy.

There is a reported case of spontaneous spinal or epidural hematoma in an 87 years old man, with associated platelet dysfunction related to excessive garlic ingestion. How To Make THIS Tea?