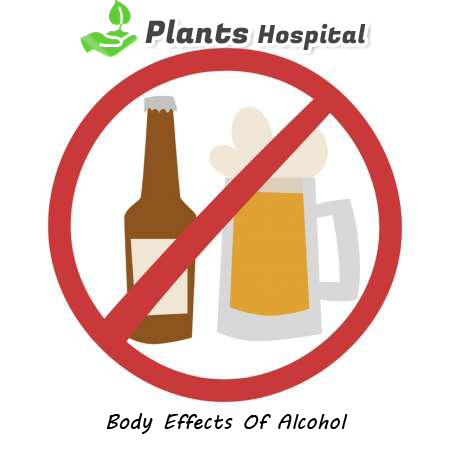 At lower doses, alcohol effects can act as a stimulant, inducing feelings of euphoria and talkativeness, but drinking too much alcohol at one session can lead to drowsiness, respiratory depression (where breathing becomes slow, shallow or stops entirely), coma or even death.

As well as its acute and potentially lethal sedative effect at high doses, alcohol has effects on every organ in the body, and these effects depend on the blood alcohol concentration (BAC) over time.

It usually peaks in the blood after 30 to 90 minutes and thus is carried through all the organs of the body.

Most (90 percent) of the metabolism, or breaking down, of alcohol from a toxic substance to water and carbon dioxide, is performed by the liver, with the rest excreted through the lungs (allowing alcohol breath tests), through the kidneys (into urine) and in sweat. Affects all parts of the body including:

As well as potentially affecting the physical and mental health of individuals in many ways, chronic and heavy alcohol use can increase the risk of death either directly, for example through acute alcohol poisoning or because alcohol causes a fatal disease such as cancer, or indirectly, such as alcohol being a factor in violent death or suicide.

Alcohol contributes to a high burden of disease in society in terms of years that people spend with disability or in poor health because of alcohol-related illnesses or injuries. Unintentional injuries from alcohol use often result from falls, burns, motor vehicle accidents, assaults, and drowning.

6 Best and Alternative Treatments for Baby Eczema and Atopic Dermatitis
High Cholesterol: Types, Causes, Diagnosis, and Treatment
What is Good For Eye Redness? (Top 10 Best All-Natural Remedies)
What Is Aging? 12 incredible Anti-Aging Super Foods
What Are Foods That Are Good For Coronavirus (COVID-19)? - Warnings
Bad Breath (Halitosis): Types, Diagnosis, Treatment And More
8 Wonderful Plants To Help You Cure Asthma Naturally (With Picture)
What Is The Best Plants For Headache? Home Remedies For Headache