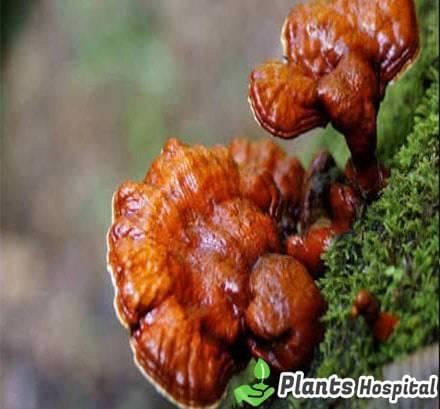 Gano Excel, also known as Ganoderma lucidum, Reishi mushroom is an edible medicinal mushroom that has been used for various healing abilities for thousands of years and is a true superfood.

Gano Excel is an ingredient obtained from reishi mushrooms. Also known as Ling Zhi in China, this fungus is strongly anti-inflammatory and long-lasting, supporting better immune function and mental openness. It is considered ”king of mushroom“.

What Are The Benefits Of Ganoderma Lucidum (Reishi Mushroom)?

Biomolecular and Clinical Aspects” as described in the book, gano excel name, represents a “combination of spiritual power and immortality essence”; success is linked to well-being, divine power, and longevity. Among cultivated mushrooms, reishi mushroom is unique in that pharmaceutical value is very important rather than nutritional value.

Research has repeatedly shown that reishi mushrooms have antioxidant properties that allow the body to strengthen defenses against cancer, autoimmune diseases, heart disease, allergies, infections. And these are just some of the benefits of reishi mushroom. So let’s take a look at why you should eat such nutritious useful mushrooms.

Helps to Defend Against growth Tumor and Cancer

Researchers believe that one of the most beneficial components of reishi mushroom is polysaccharides, a water-soluble nutrient in foods known to have anti-tumor capabilities.

Polysaccharides, found in sweet potatoes or other beneficial plant foods such as beetroot, together with triterpenoids, are immune-modulating agents that defend DNA and protect healthy cells that stop cell mutations.

According to research, some medicinal mushrooms help polysaccharide fight cancer because of having important biological benefits, including antioxidant, neuro-protective, radio-protective, anti-diabetics, anti-osteoporosis and anti-fatigue capabilities.

In addition, laboratory tests have shown that triterpenes have cancer-fighting properties; This is one of the reasons why antioxidant foods such as mushrooms, squash, and black rice are frequently used for health promotion.

Triterpene compounds appear to inhibit tumor spread and proliferation by limiting the binding of cancerous cells to endothelial cells. Beta-glucans are natural cancer fighters because of cause the immune system to become more active and stop the growth and spread of cancer cells.

Reishi mushrooms are sometimes used successfully in the treatment of breast, ovarian, prostate, liver and lung cancer with other treatments.

For patients who survive cancer or chemotherapy and radiation therapy, reishi mushrooms have protective effects that will make the drug more effective.

Research in cancer patients thinks that reishi mushrooms have antiproliferative and chemopreventive effects, help to alleviate the side effects of chemotherapy such as low immunity and nausea, and potentially increase the efficacy of radiotherapy, making this reishi mushroom one of strongest foods to fight cancer. Therefore, Gano excel, produced from reishi mushrooms, has the same benefits.

Traditional Chinese healers, in some ways, differ from western medicine because they emphasize the prevention of disease rather than simply treating them when symptoms occur.

The liver is one of the main focal points of traditional Chinese medicine, as it contributes to cleaning, processing, storage and circulation of liver, healthy blood and nutrients.

Reinforces, such as adaptogenic herbs or reishi mushrooms, are part of a puzzle when it comes to providing the right balance in the body (other important elements include a healthy diet, exercise, and meditation); because they help strengthen the digestive system. The nutrients are actually broken down and absorbed.

Adaptogen plants can help to improve liver function and prevent liver disease, which in turn provides a number of benefits, allowing waste and toxins to be evacuated more efficiently from the body, allowing for immunity to diseases that may develop over time.

The 2013 study by the International Journal of Medicinal Mushrooms found that reishi mushrooms had antioxidant properties and caused hepatoprotective effects in acute liver injury because of their harmful immune response to slow down liver function.

It has been discovered that triterpenes within the reishi mushroom provide benefits for blood clotting and cholesterol, as well as the ability to lower blood pressure; it can also restore hormonal balance and reduce inflammation in the blood vessels and arteries.

Reishi mushroom supplement and Gano Excel are used to reduce symptoms of diabetes, fatigue and hormonal imbalances while improving fertility and reproductive health.

Gano excel reduces the amount of toxins or heavy metals that can accumulate in the body and therefore helps to sleep better levels of energy, better concentration, improved memory, and even better quality.

Some research suggests that taking gano excel supplements for 12 weeks can increase hemoglobin levels, but does not increase blood glucose levels, thus reducing the severity and complications of type 2 diabetes.

Active ingredients of reishi mushrooms are one of the triterpenes, a type of ganoderic acid that is due to a reduction in allergies and to histamine reactions associated with asthma. That’s why reishi mushroom is a natural remedy.

Triterpene can be found in many plants that have a bit of bitter taste, which means that it is protective in nature and protects from predatory animals. Studies have shown that isolated triterpenes strengthen the lining of digestive organs, fight bad bacteria, help to regenerate good bacteria and protect against cell mutations.

Top 5 Benefits Of Boswellia Serrata Extract (Frankincense) – How To Use?