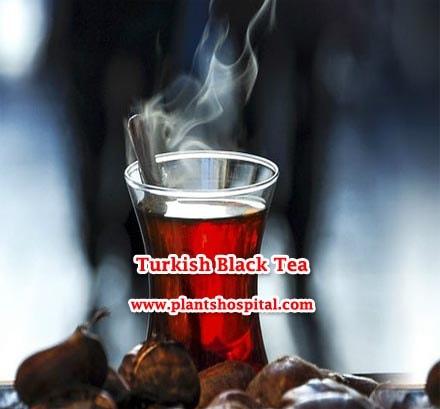 What is a Turkish Tea?

Turkey situated at the west ends of Asia and east ends of Europe, and the only country in Europe tea grows. Turkish people start to drink coffee from the 15th century and tea-drinking habits started in the 17h century.

When we look back her history of Turkish Tea drinking, the word “Cay“ took the important role, which took very long voyage from China, Mongolia, Central Asian countries to Russia, Georgia, Turkey through oldest road “Silk Road” and their drinking is quite similar in those countries.

Turkish Tea plantation started in 1838, which they brought Turkish black tea, seeds from Japan but due to technological, geographical conditions, they could not be successful.

During this period one Japanese Tea master visited Turkey and served Japanese Tea to Sultan and this gave influence to coffee drinking people to change to tea drinking. 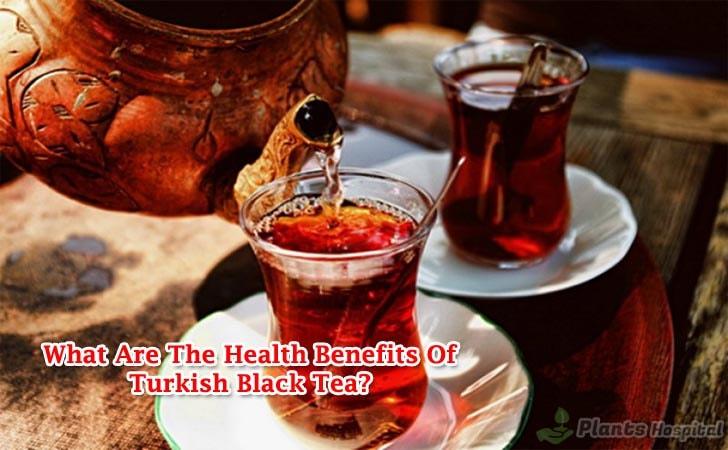 Turkey is one of the most significant and unique countries in the world from the tea plant Camellia sinensis. There are no agricultural pesticides in Turkish tea, as tea growers do not use pesticides. Turkish tea is natural and healthy.

Turkish tea does not contain much caffeine. It is based on research carried out is known as the healthiest tea in the world.

In Turkey, coffee was the main beverage till 1700, and in 1838 tea seed imported from Japan and planted but due to climatically and technical reasons that were not successful.

In 1917 Turkish tea trees are brought from Georgia and in 1924 they have succeeded plantation, in the year 1938, finally, 138 kilograms often was produced.

1947 first commercial tea factory-installed and Turkey prohibited the importation of coffee due to critical economic conditions, this switched their beverage from coffee to tea.

When you visit Turkey, you recognize Asian customs, such as ladies sitting in Tea House (Kirrathhane or Cayhane), this is a place where the only man sitting, so ladies will take a seat at cake house.

Whenever you visit Turkey, in any place you are asked: “Would you like to have tea or coffee?” In government office” special tea brewer serves Turkish tea, so difficult to reject the offer and obliged to drink at least 10-20 cups of tea in a day.

In Grand Bazaar in Istanbul where nearly 4000 shops engaged in business and during negotiation tea takes an important role in business negotiation. As I mentioned ladies are not allowed to sit in Tearoom, so they enjoy their tea in own house, In the tea party, they will discuss choosing

A Bridegroom By Following Conditions

Whether she can brew good tea, good cooker, cleanness of room, and conversational language. In the Black Sea coast, where tea cultivated, all work depends on the housewife’s shoulders.

When you visit Turkey as a traveler or business talk, you are often offered Turkish tea besides that In Istanbul has good tea houses such as Pierre Lotti is the best place to drink nice tea with her wonderful scenery.

Turkish tea is ingrained into Turkish culture; It is a social experience and a sign of hospitality and is offered as a sign of friendship.

Turkey is more known for its coffee than tea. Yet, Turkish people drink more tea than coffee. Fifty-two percent of their nonalcoholic beverage consumption is tea.

Turkey tops the charts in per capita tea consumption (2.5 kg compared to the UK’s 2.1 kg in 2004). This high rate is due to the availability of places to consume tea, social practices and norms, and domestic production along the Black Sea coast.

Indeed, tea is served anytime – for breakfast, before and after meals, and everywhere – offices, hospitals, buses, trains, cafes, restaurants, and homes.

In the streets, one can see a caycı (tea-waiter) making his continuous tea delivery rounds, carrying tea-filled tulip-shaped glasses on saucers with tiny teaspoons and cubes of sugar on a silver platter that hangs from silver chains.

In airports, representations of such “Turkish tea” welcome international guests who may well be served teabag teas in mugs in the upscale establishments of the airport. In many workplaces, there is often a person whose official duty is to make hot tea available to employees at all times.

In many homes, caydanlık (double teapot) is continuously boiling, so that some steaming hot tea is ready all the time. Our informants noted that tea drinking is “a natural part of daily life,” “any time is a good time for tea, and you can get tea everywhere, in all places.

What Are The Health Benefits Of Turkish Black Tea?

Green and black tea are made from a shrub called Camellia Sinesis, but with different processing methods. In addition to the leaves being withered, rolled and heated, black tea leaves are fermented before the final heating process.

As identified by Arab L. et al. in their 2009 research paper called “Green and Turkish black tea” consumption and risk of stroke: a meta-analysis”, it is seen that regardless of people’s

country of origin, individuals who consume 3 or more cups of tea had a 21% lower risk of a stroke than people who consume less than 1 cup of green or Turkish black tea per day.

Though a lot more research is required to confidently suggest cancer prevention techniques, some research over the years suggests that antioxidants like polyphenol and catechins in tea may help prevent some types of cancer.

It has been suggested that women who drink Turkish black tea regularly have a lower chance of ovarian cancer than their counterparts.

More than 3,000 published studies exist that evaluate the role that tea and tea compounds, such as epigallocatechin gallate (EGCG), may play in various types of cancer.

Turkish Tea contains polyphenols, which are also antioxidants that help block DNA damage associated with tobacco or other toxic chemicals.

These antioxidants are different from those obtained from fruits and vegetables and therefore as a regular part of our diet they can provide additional benefits towards a healthy lifestyle.

Based on a research study conducted of elderly people living in the Mediterranean islands it was discovered that people that had been consuming Turkish tea on a long-term basis on a moderate level (i.e 1-2 cups a day) had a 70% lower chance of having or developing type 2 diabetes.

Turkish Black tea contains alkylamine antigens that help boost our immune response. Also, it contains tannins that can fight viruses and hence keep us protected from influenza, stomach flu and other such commonly found viruses in our everyday lives.

Unlike other drinks that have a relatively higher caffeine content, the low amounts found in tea can help enhance blood flow to the brain without over-stimulating the heart. It also stimulates the metabolism and respiratory system, as well as the heart and the kidneys.

We all are aware and well experienced about the calming and relaxing benefits of black tea. Not only does it help slow you down after a long day, but studies also show that the amino acid L-theanine found in black tea can help you relax and concentrate better.

Turkish Black tea has also been shown to reduce levels of the stress hormone cortisol when consumed in moderate amounts regularly.

If a perfect cup of tea makes you smile and lets your heart indulge a little, then what could be the harm?

Drinking black tea may also inhibit or reduce iron absorption in your intestines, which is especially serious for people with anemia. Iron is needed to form hemoglobin, which carries oxygen in your blood.

The Linus Pauling Institute reports that drinking one cup of black tea with a meal can decrease your body’s absorption of iron by up to 70 percent.

Turkish tea may also have estrogen-like effects in your body, which has negative implications for hormone-dependent tumors of the breasts or prostate gland.

The acidity and astringency of black tea, due mainly to the tannins, may upset your stomach and lead to diarrhea.

Furthermore, oxalates in Turkish tea can accumulate within the kidneys and contribute to the formation of kidney stones if you drink too much regularly. In a less-serious vein, Turkish black tea consumption discolors teeth and may make you self-conscious about smiling.

How To Make Turkish Black Tea?

The following recipe is how my girlfriend’s mother, who is a real Turkish momma, has been making tea for decades. If you are looking for an original recipe, this is it.

Fill into glasses, add more water from the lower part if necessary, sweeten to taste and enjoy!