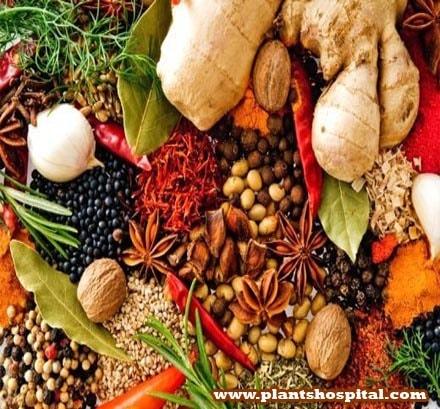 Medicinal plants with benefits for human life are defined as medicinal plants, thanks to any chemical component, vitamin or minerals in their contents.

For these plants to benefit against diseases, are of great importance consumption amounts and consumption patterns.

The use of medicinal plants in the treatment of diseases is almost as old as human history. However, it should be noted that medicinal plants do not completely cure any disease and should never be used as a substitute for medicine.

This herbal plants and benefits can only support the treatment or prevention of a disease or illness. At the same time, this plant is not recommended for every disease.

In this context, it is important to know exactly which diseases are good with medicinal plants and their names.

Another important issue is that people with chronic and serious diseases or those who use drugs should consult their doctor before using medicinal plants.

In addition to being a natural antibiotic, it contains potassium mineral and vitamins B and C. Diabetics and pregnant women should consume under the control of a doctor.

Flaxseed: It is rich in vitamins C, E and K as well as calcium, copper, iron minerals. Omega-3 fatty acid content is high. It has antioxidant properties and balances cholesterol.

It also protects cardiovascular health by balancing blood sugar. Regular consumption can lower bad cholesterol while raising good cholesterol. It can be consumed by adding 1 tablespoon to the salad or yogurt.

Safflower: It has antibacterial and antioxidant properties. It regulates blood, makes clots. It is not recommended to use individuals with clotting problems who take blood thinners. 1 gram safflower flower can be consumed by brewing in a glass of boiling water.

Which Medicinal Plants Used For Alzheimer’s?

Cinnamon: Its scent has a memory-enhancing effect. It can be consumed by adding to desserts with milk, salads or in the form of tea.

It should be consumed in the form of tea, 1 cup a day, and half a teaspoon if used in powder form. If consumed more than this amount daily, it may cause constipation and low blood sugar.

It can be consumed by participating in meals or milk. However, turmeric should not be used with the blood-thinning drug.

Which Medicinal Plants Used For Diabetes?

Cinnamon: Because of rich in fiber, it facilitates digestion, balances blood sugar. It is suitable for daily consumption as a half teaspoon of spices or as a cup of tea brewed with 1 stick of cinnamon.

Almonds: It has a low glycemic index due to its high fiber and rich unsaturated fat content as well as its low carbohydrate content.

It helps to prevent blood sugar rises and provides long-term satiety. Instead of 5 olives, 6 almonds can be preferred for breakfast or maybe consumed with milk products or fruit during Dec meals.

Leek: It is a high-fiber vegetable rich in vitamins A, C, K, and B6. Studies have shown that by stimulating the release of insulin from the pancreas, it lowers blood sugar and high cholesterol.

If steam is cooked in a short time, nutrient losses are prevented and is obtained a healthier way of consumption.

Which Medicinal Plants Used For Cholesterol?

Walnut: It prevents the accumulation of harmful cholesterol in the blood, lowers high cholesterol and prevents vascular occlusion. Eating 2 walnuts a day is also effective in fatigue and exhaustion.

With this feature, it is important to take precautions against problems that may occur as a result of an imbalance of cholesterol. In the daily diet, 5-6 pieces can be consumed as a snack.

Flaxseed: It has been found to reduce the cholesterol of an adult who has a high cholesterol problem by about 14 percent when consumed as much as 50 grams per day. It also helps with digestive problems. It can be consumed by joining yogurt.

Which Medicinal Plants Used For Insomnia?

Chamomile Tea: It has anti-digestion, pain relief, and antiseptic properties. It helps with mild sleep problems. It is not recommended for use in pregnant women.

Oatmeal: It relaxes by affecting the nervous system with vitamins and minerals that are abundant in its content and prevents negative thoughts caused by stress.

It helps a relaxed sleep by relaxing the nervous system. It can be consumed by adding milk or yogurt to a cup of oats 2 hours before bedtime.

Which Medicinal Plants Used For Loss of Appetite?

Bitter Greens (kale, arugula): It stimulates the digestive enzymes and has a positive effect on the digestive system to act, work fast and increase appetite.

Coriander: Contains many minerals such as calcium, iron, magnesium, sodium. Its leaves and seeds contribute to the strengthening of the stomach, easier digestion and opening up the appetite.

It is not recommended for diabetics during pregnancy and breastfeeding. Daily average of 3 grams should be consumed.

Mint: Refreshes mouth taste and stimulates appetite. It is more effective to consume it as tea. Individuals with stomach problems should be careful with mint consumption.

Fennel: It promotes the production of estrogen and prolactin necessary for breast milk, increases milk release.

2 cups of brewing up to 2 teaspoons per day is suitable for consumption. Consumption higher than recommended may cause increased appetite and thus weight gain.

Cumin: It contributes to milk production by strengthening the mother and provides elimination of this need thanks to iron content. It can be used as tea or spice.

Black Seed: It is a source of calcium and copper as well as it has the feature of increasing breast milk. It can be consumed added honey in meals. 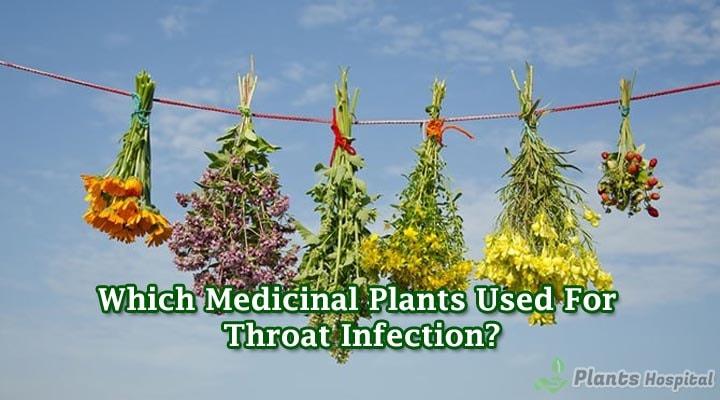 Sage: Reduces inflammation in the throat with its antimicrobial properties. It can be consumed as a spice or in the form of tea. It is useful not to exceed 1-2 cups daily. Its consumption is not recommended in pregnant women and pacifiers.

Eucalyptus Tea: It has a soothing effect on cold, flu, colds, bronchitis. It is not recommended for use in pacifiers and pregnant women.

Also, asthma or kidney patients should consume it under the control of a doctor.

Thyme: It is an antioxidant plant rich in minerals. Besides being good for throat infections and colds, it also provides solutions to problems such as stress, gas, bloating and headache. It can be consumed by brewing for ten minutes by adding to boiled water.