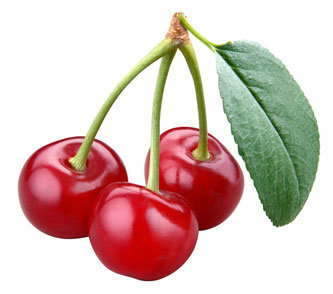 Cherries originated in Asia Minor, in the fertile area between the Black and Caspian Seas, and was probably carried to Europe by birds.

Cultivation began with the Greeks and was increased and expanded by the Romans. Trees were planted along roadsides and were valued for their timber as well as their fruit.

Sweet cherry came to the U.S. with English colonists in 1629 and later were introduced to California by Spanish missionaries. In the 1800s, sweet cherries were moved west by pioneers and fur traders to their major sites of production in Washington, Oregon, and California. Cultivars selected at that time still form the base of the industry today.

Sour cherries are more commonly consumed through processed products such as juices or preserved to be later used in cooking and for making cherry brandy. Today there are more than 50 cherry varieties grown and many more are being developed in Australia.

The specific varieties available on the Australian market, such as the Merchant, Ron Seedling, Bing, Lapin, Sweetheart, and Sweet Georgia, vary in color from light to deep red and almost black.

The rarer Rainier ‘white’ cherry, another sweet variety, has a beautiful creamy yellow skin with a red blush. Sour cherry, on the other hand, are more commonly grown in Europe, although there are some plantations in Victoria and Tasmania.

The most well-known variety of sour cherry is the Morello.

Cherry contains powerful antioxidants called anthocyanins. These belong to a large family of phytonutrients called flavonoids, linked to a variety of health benefits, and provide cherries with their deep, rich red color.

The potential health benefits of cherries first came to light in the 1990s, when several studies were published describing the antioxidant content of this fruit. Spurred on by what was then anecdotal evidence that cherries alleviated the pain of arthritis and gout, researchers discovered that cherry had high antioxidant activity.

Since then, in vitro research conducted in 2001 at the Michigan State University found that cherries were the richest sources of certain anthocyanins, cyanidin-3-glucosylrutinoside and cyanidin-3-rutinoside as compared to various berries, including red raspberries, blackberries, and strawberries, containing 30 to 40 milligrams of anthocyanins in every 100 grams of fruit.

Researchers continue to explore the existence of “superfruits” – a unique group of nutrient-rich fruits that contain natural compounds shown to have potential disease-fighting properties.

Few fruits fall into this category, but the cherry should be considered one of them. Emerging research shows fresh cherry are a rich source of certain antioxidants and contain other phytonutrients – plant pigments that have been linked to a variety of health-promoting benefits, including anti-inflammatory, anticancer, anti-diabetes, and anti-obesity effects.

Cherries provide a unique combination of phytonutrients in one package that works together to deliver health benefits not available in antioxidant supplements or pills.

In addition to being a good source of vitamin C, cherries are also high in iron, potassium, dietary fiber, and antioxidants.

Anthocyanins found in cherry block inflammatory enzymes, reducing pain. 20 cherries are 10 times as potent as aspirin and have positive effects on gout and arthritis pain.

All in a small package that’s low in calories and contains no fat or sodium. Sweet cherries are also considered to be excellent sources of boron.

Boron consumption, coupled with calcium and magnesium, has been linked to increased bone health. A growing body of science links the anthocyanins found in cherries to heart-health benefits. Living with some form of heart disease, the heart-healthy qualities of red pigments from plant foods have more relevance than ever!

Additionally, a US investigation from the Department of Agriculture’s Human Nutrition Research Centre in California found healthy men and women who supplemented their diets with 280 grams of sweet cherries (approximately 45 cherry) for 28 days had a 25 percent reduction in C-reactive protein (CRP), an inflammatory marker which is associated with cardiovascular disease.

Several researchers have attributed cancer-preventative properties to antioxidants found in plant foods. In 2004, researchers investigated the effects of 10 different fruit extracts (including from sweet cherries) on the cell proliferation of colon and breast cancer cells in the test tube.

The results showed that the fruit extracts decreased the growth of both colon cancer cells (HT29) and breast cancer cells. A similar finding, using sour cherry or isolated anthocyanins for colon cancer cells was also reported by researchers at Michigan State University.

Further, these researchers conducted a feeding study with mice which showed a significantly lower number of tumors in the caecum among animals fed sour cherries as compared to a control diet, although there was no significant reduction in tumors of the small intestine or colon.

Surprisingly, supplementing the diet of mice with anthocyanins produced significantly fewer tumors at all three sites of the intestine (small intestine, caecum, colon).

The researchers suggested that “…sour cherry anthocyanins may reduce the risk of colon cancer”.

Gout is a common form of arthritis characterized by recurrent attacks of pain, swelling, and redness in joints. Gout occurs when uric acid builds up in the bloodstream and uric acid crystals are deposited in the joints.

For decades, cherries have quietly grown a devoted fan base of arthritis and gout sufferers, who routinely consume the fruit to help soothe their symptoms.

The suggestion that cherry might assist with arthritis and gout was first proposed in the 1950s. Preliminary research found that daily cherry consumption (approximately 4.5 cups of cherries) helped to relieve “gout attacks” and the pain associated with arthritis.

Interestingly, after eating cherries, the patients in the study had lower blood levels of uric acid. Since then, several small-scale studies have confirmed this anti-arthritis link with cherries.

Irrespective of height or build, if excess fat accumulates around the waistline, there is an increased risk of developing chronic diseases, such as some cancers, heart disease, and type 2 diabetes.

In 2009, researchers at the University of Michigan found animals fed a cherry containing diet over 12 weeks, were able to reduce their total body fat by 18 percent, in particular, the “belly fat” that is most often associated with heart disease risk.

Not only are cherries an antioxidant powerhouse; fresh sour cherries have a low Glycemic Index (GI) score of 22, and fresh sweet cherries have an intermediate GI of 63. The GI ranks carbohydrate foods according to their effect on blood sugar levels.

Choosing low GI foods results in smaller rises in blood sugar and insulin levels. A low GI diet is suggested to be a key to long-term health, reducing the risk of heart disease, type 2 diabetes, obesity, and certain cancers.

The researchers in this study concluded from these results that sour cherries may reduce the degree of risk factors associated with type 2 diabetes and heart disease. Other Potential Benefits of Cherry

Melatonin, a hormone produced naturally by the body, helps to regulate the body’s circadian rhythms and natural sleep patterns.

A preliminary study conducted by Reiter’s group at the University of Texas Health Science Centre found that consuming a daily serve of sour cherries may help increase melatonin levels in the bloodstream enough to possibly improve the body’s natural sleep patterns.

The researchers also noted that melatonin works best when consumed one hour before sleep time. However, further research is warranted to confirm a role for cherries in sleep promotion, as the evidence to date is very preliminary.

Cherries are one of the few natural food sources of melatonin, a potent antioxidant that helps improve the body’s circadian rhythms and natural sleep patterns.

Emerging research suggests that anti-inflammatory components in cherries may promote the repair of muscles that have been damaged by exercise.

This effect has been attributed to specific anthocyanins, shown to help relieve muscle pain and joint soreness associated with inflammation.

A recent study by Oregon Health and Sciences University revealed that runners who drank 300ml sour cherry juice (equivalent to 45-50 cherries) twice a day for seven days before, and on the day of a long-distance relay, had significantly less muscle pain following the race.

While there are currently no established recommendations on how many cherries you should eat to reap a range of potential health benefits, research suggests that consuming 1-2 cups (up to 45 cherries) daily – particularly sour cherries – may help provide some of the health benefits identified.

7 Other Health Benefits of Cherry Fruit

When it Comes To Cherries, Fresh is Best

One reason for this may be that the anthocyanins in cherries are found mainly in their skin. When cherries undergo processing to make juice and wine, their antioxidant capacity can be reduced by up to 77 percent and 95 percent, respectively.

How Much Should You Have?

Studies have found benefits from as little as a half cup of frozen cherries or two glasses of tart cherry juice consumed daily.

You can eat sweet or sour cherries. However, the tart varieties have higher levels of total phenolics (important for anti-inflammatory effects), although variability exists between varieties of cherries.

Fresh or frozen cherries, juice or concentrate, and cherries in syrup (in cans or glass jars) can all be useful. It is important to note that during the canning process, approximately half of the phytonutrients (anthocyanins and phenolics) leach from the fruits into the syrup. So it’s worth drinking this tonic rather than pouring it down the drain.