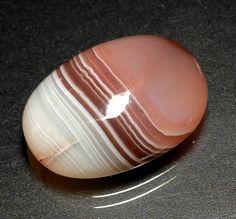 In this article, the unknown features and benefits of the agate stone, which is called Yemen stone or immortal stone. Agate stone is a natural stone, which has a special place among natural stone accessories, let’s take a closer look!

The Agate stone, which is called by a different name in every region, has been loved by many people because of both its aesthetic beauty and its energy.

When we examined the origin of Agate Gemstone, it is believed to have taken it from the Achates River in Sicily.

Today, this special stone, which we have frequently encountered in natural stone accessories, has been used as ornamental material and jewelry since ancient times.

Agate consists of rings in various colors as a central image around the area. How to Tell the Real Agate Gemstone?

Agate stone is very popular because of its color shades that can be found in many places and different colors.

How do we know that this particular agate stone, which is most common in the Black Sea region of our country, is real?

You can indeed see immediately whether there is a very simple method. The rocks in the stone are seen homogeneously and if the color limits are sharp, you can be sure that it is an agate stone.

The agate can be in many different color tones. Accessory is the natural stone that resembles orange color with the most common stone red color in the world.

It follows a green agate, black agate, and blue agate. The green agate is called dendritic, mossy, with its distribution in quartz, similar to the moss of Mn incorporated in its composition.

The degree of hardness is between 7-7,5 and ıt is believed that is good for the heart.

Benefits of the Agate Stone

The use of non-ending agate is particularly prevalent in Islamic countries. The Prophet Muhammad (S.A.V.) is also known to bear an agate ring in the sense of a hatem (seal).

The best-known benefit of the Agate stone is its psychological protection. This stone, which is a powerful energy, reduces tension and stress and reduces the incompatibility of the person.

This gemstone helps to harmonize with the environment and people by socializing the person.

At the same time, it helps earthly achievement to keep the person away from exhaustion and feeling exhausted.

Besides this, it is believed that it is good for the skin and bones, which reduces the pain.