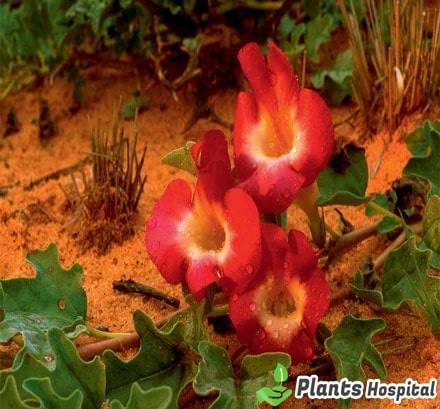 What Are Health Benefits Of Devil’s Claw?

Most people are considering using traditional painkillers because of the side effects of drugs. Instead of drugs, they choose to relieve pain through natural methods. For people suffering from arthritis and other back pain or general pain disorders devil’s claw benefits are spectacular.

It is one of the most commonly used home remedies for arthritis. But the benefits of devil’s claw are not just that much.

Like turmeric, devil’s claw also acts as a natural anti-inflammatory. The southern American devil’s claw is used to alleviate symptoms of arthritis and digestive problems.

Some studies have found that bromelain, which is seen as a way to alleviate joint pain, is particularly associated with arthritis.

Even if you’re not looking for a cure for pain, you might be interested in knowing other benefits of the devil claw discovered by scientists. For example, there is at least one report that may have anticancer potential. 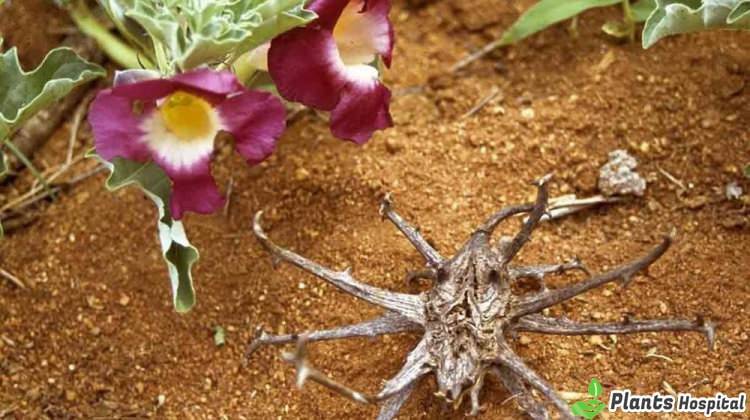 The best-known benefit of the devil’s claws is the ability to reduce symptoms of osteoarthritis. According to a Japanese study in 2010, the devil’s claw (especially harpagoside compound) significantly reduced arthritic inflammation in a group of mice.

In general, the devil’s claw is regarded by many medical experts as “a supportive treatment of degenerative, painful rheumatism.

All these disorders manifest itself with chronic inflammation and pain in joints, muscles and fibrous tissue generally.

When tested in patients with various rheumatic diseases, is seen that the devil’s claw significantly reduces the pain of the hand, wrist, elbow, shoulder, hip, knee and back. Also, the same study found that quality of life improved in most patients. 60% of patients have reduced or managed to leave other painkillers.

Another uncontrolled study found a high improvement in pain in various osteoarthritis levels of 45%. With only two minor adverse reactions (acid reflux and tenderness) in 75 patients, studies conducted here suggest that extract of devil’s claw may be useful for the treatment of arthritis, especially hip or knee.

In 2014, an observational study was carried out to investigate the effectiveness of support for rheumatic pain, including the devil’s claw, turmeric, and bromelain.

The results found that all patients experienced a decrease in pain, especially in chronic joint pain.

The researchers found no side effects or withdrawal problems and found these three plant complexes as a safe alternative to non-steroidal anti-inflammatory drugs for patients with degenerative joint disorders such as osteoarthritis.

In addition to reducing pain, is also possible for the devil’s claw to benefit arthritis patients by preventing bone loss.

Although tests have only taken place in laboratory and animal testing, the devil’s claw has promising results, such as preventing bone loss in inflammatory osteoporosis. These results are contradictory in the case of hormonally active osteoarthritis. 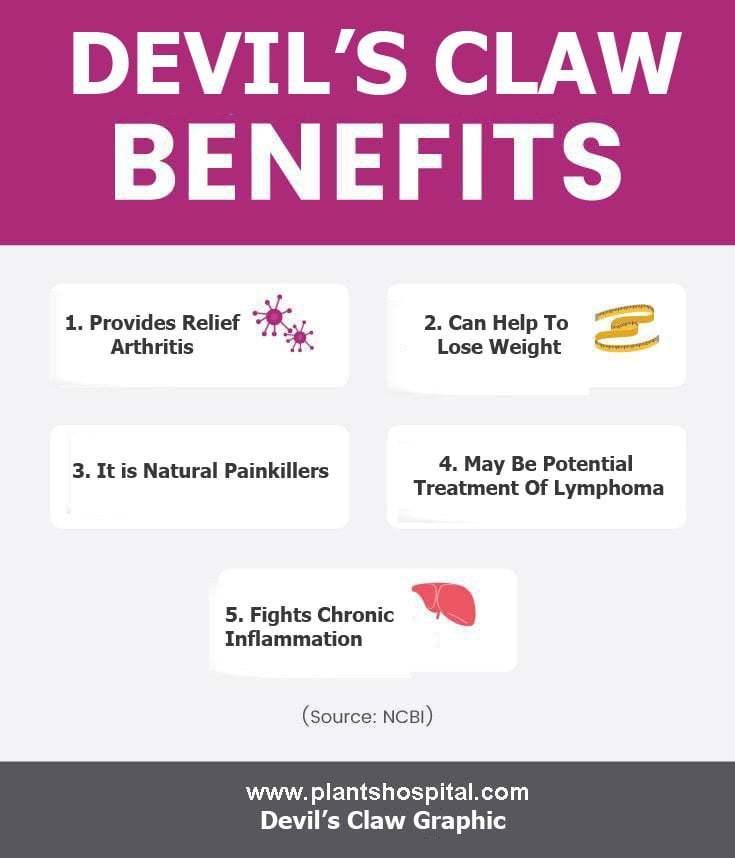 2. Can Help To Lose Weight

Interestingly, this anti-inflammatory root can be a new way to lose weight. A university study in Ireland found that devil’s claw could help stop or slow ghrelin hormone (known as“starvation hormone”).

By reducing starvation problems, you can keep your appetite closer to average and help you lose weight. It can help prevent weight-related atherosclerosis (hardening of arteries) by preventing inflammation in people with obesity.

It has been proven to be effective for arthritis pain. Although not well understood, the devil’s claw reduces inflammation and inflammation pain in various conditions, including acute (fast onset) pain with very few side effects in about 3% of patients.

In an animal study, after 21 days of treatment with devil’s claw extract, neuropathic pain (usually caused by a number of nerve damage) and postoperative pain decreased.

Research in 2001 found that devil’s claw extract, given for eight weeks, helps alleviate chronic back pain and improve circulation in 117 patients evaluated during the study for at least six months. No serious side effects were recorded.

Some sources also suggest using devil’s claw as a treatment for sciatic nerve pain. However, no work should be done on the effectiveness of the devil’s claw on sciatica.

4. May Be Potential Treatment Of Lymphoma

Although research is still in infancy, there is surprising evidence that this herb can somehow help with the effects of follicular lymphoma.

A doctor who works in a cancer unit at a hospital in British Columbia realized that lymphomas of a patient who did not receive chemo had regressed in part after 10 months.

The patient said he received two reinforcements, including this herb. After hearing about this natural treatment, another patient in the first support group began to take a demon’s claw, 11 months later a similar decline was noticed.

The doctor is careful to conclude here, as there is no definitive scientific evidence that a two-person regression study can be treated or cure cancer. In some studies, 16 percent of lymphoma patients have cancer spontaneous regressions.

However, the doctor has recommended that more studies be done to support the potential of the devil’s claw for the treatment of patients with follicular lymphoma.

One of the reasons why the devil’s claws are so valuable is the ability to reduce inflammation, which is the origin of most diseases. Current research shows that this herb can help inhibit tumor necrosis factor-alpha (TNF-alpha), a cytokine that plays a role in normal inflammation of the body because of regulates the immune system.

This is important because chronic inflammation may occur when TNF-alpha is over-activated and can cause various diseases. Inhibition of TNF-alpha is an important study in the prevention of inflammatory diseases such as rheumatic diseases, psoriasis, psoriatic arthritis and inflammatory bowel disease (IBD).

Read: What Is Saffron? How To Use? Benefits And Damages

Another main way that this herb can help prevent diseases is because of many antioxidants contains. According to the Institute of Biochemistry and Microbiology in Dusseldorf, Germany, the devil’s claw is especially rich in water-soluble antioxidants.

Some research suggests that some of the anti-inflammatory benefits of the devil’s claw may be due to the way these antioxidants work together. 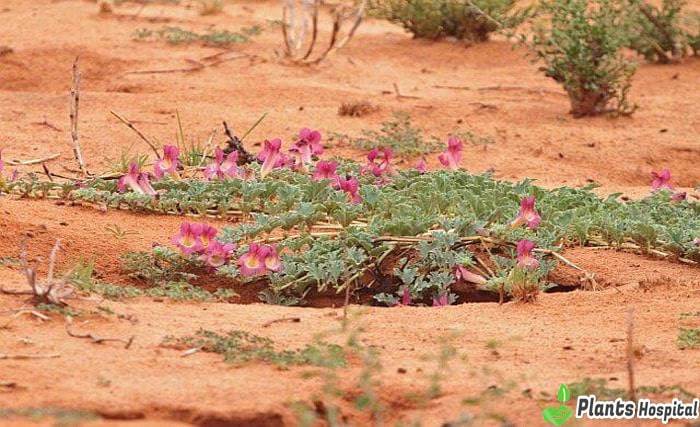 Inflammation has a great deal of interest in indigestion. The antioxidant and anti-inflammatory properties of the devil’s claw can be useful as a complementary treatment of these diseases, including ulcerative colitis and Crohn’s disease.

It can help treat a group of kidney disease known as glomerular diseases in a less developed study area.

These diseases are related to inflammation and are diseases that damage the kidney’s small filters that clean the blood.

In the study, the devil’s claw extract helped to suppress the formation of nitrites and suggested that it could represent potential anti-inflammatory drugs in the treatment of these glomerular inflammatory diseases.