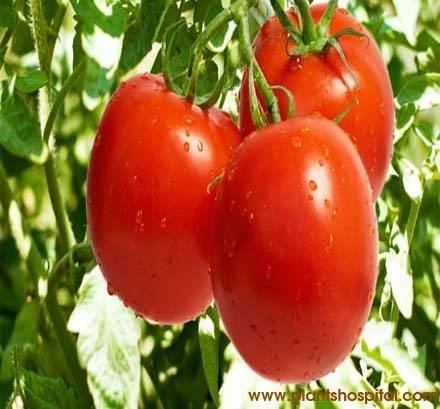 Scientifically known as Solanum Lycopersicum, tomato belongs to the Solanaceae family. Tomatoes emerged in Central and South America. It was used in Mexico and eventually spread all over the world. Today, tomatoes are consumed in various ways.

Can Tomatoes Be Bad For You?

While generally safe for consumption can cause complications in some people. Some of the problems that tomatoes can cause are acid reflux, intolerance effects, and muscle pain. Even the leaf of a tomato plant can be unreliable.

When taken in large quantities it can cause vomiting, dizziness, headaches and, in serious cases, death. Another important factor contributing to this dark side of tomato is lycopene, which, surprisingly, is also responsible for benefits. 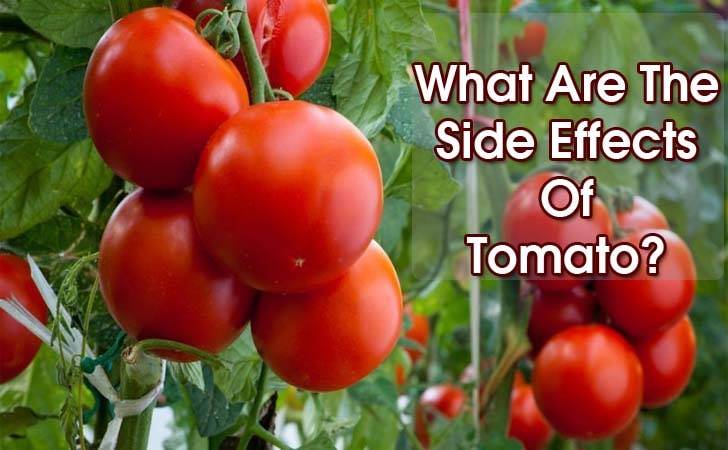 What Are The Side Effects Of Tomato?

Tomatoes are very acidic, which causes heartburn. The tomato is packed with malic and citric acid and can make the stomach produce excess stomach acid.

When it increases the volume of acid, it goes up through the esophagus, causing symptoms and burns. Even cooking tomato might not help much. Tomato and tomato sauce are also foods that can trigger reflux.

Tomatoes can also aggravate symptoms of GERD (gastroesophageal reflux disease). According to the University of Maryland Medical Center, is best to avoid acidic foods such as tomatoes to prevent symptoms of acid reflux.

Tomato allergy symptoms usually occur immediately after consuming fruit. These include skin rashes, eczema, coughing, sneezing, itching in the throat, and swelling of the face, mouth, and tongue.

According to a study in Poland, tomatoes contain a compound called histamine, which can cause certain allergic reactions.

Tomatoes can also cause allergic contact dermatitis and cause severe itching and swelling after contact with your skin. It can cause itching on the lip. Another allergic reaction caused by tomatoes is the formation of redness around eyebrows and eyelids.

According to a report by the U.S. Department of Health and Human Services, individuals with advanced chronic kidney disease should limit the intake of potassium and tomatoes are rich in potassium.

High potassium levels, one of the causes of kidney disease, can be offset by avoiding tomatoes or tomato sauces. Tomato sauce is high in oxalate, which confirms that should not be consumed in people with kidney disease.

It can occur in people with tomato intolerance. According to a report published by Longwood University, tomatoes are fatty and acidic and should be avoided during diarrhea. According to another report by the University of Minnesota, tomatoes may be a source of an organism called salmonella, which causes diarrhea.

Acidic foods such as tomatoes can irritate bladder and conditions can result in urinary incontinence. Tomatoes can also cause bladder symptoms, and in some cases, cystitis (a burning sensation in the bladder) may occur. 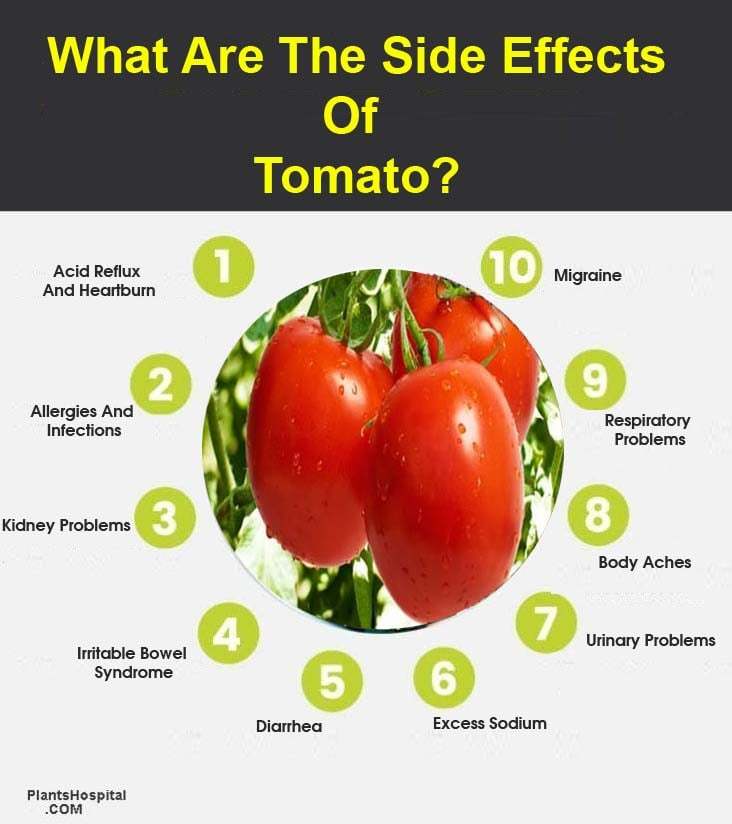 When the immune system in the body reacts to proteins in tomato, a compound called histamine is released into tissues. This compound can cause swelling and joint pain. Tomatoes also contain an alkaloid called solanine, which forms calcium in tissues and causes inflammation.

Tomatoes can increase uric acid levels, which can lead to the formation of gout. It can also trigger arthritis conditions in some people, causing pain.

People who are allergic to tomatoes may have difficulty breathing. We could accuse tomato of helping mold develop. Mold can cause allergies and respiratory problems, according to the United States Department of Agriculture.

Because tomatoes are quite acidic, they can cause acute stomach discomfort if you are already experiencing acid reflux or heartburn. Tomatoes can also make the stomach produce more acid, which can cause acute gastrointestinal disorder.

These side effects tell us to be careful and not overuse. But that’s not all, others should be more careful about this aspect than anyone else: pregnant women and breastfeeding mothers!

In moderate amounts, tomatoes are safe for pregnant and breastfeeding women. However, the evidence is scant when comes to consumption in large quantities. The best way to reassure you about this is to consult your doctor.

There is not enough evidence about lycopene in this context. Therefore, avoid taking lycopene supplements. Tomatoes, and especially tomato sauce, have a strong taste and can pass on to breast milk. This can make the baby uncomfortable and restless.

Lycopene is safe in most cases. But lycopene supplements may not be safe during pregnancy. Lycopene can also exacerbate the symptoms of prostate cancer.

Lycopene should be used with caution in patients with stomach ulcers and other gastric disorders. And it can also cause low blood pressure. People who take drugs that lower blood pressure should stay away from lycopene.

Lycopene can also increase the risk of bleeding and should not be consumed by people with bleeding disorders. Other side effects associated with lycopene intake include chest pain, accumulation of fat under the skin, indigestion, and hot flashes.

Lycopene has been found to interact with certain cancer chemotherapy agents. Therefore, individuals undergoing cancer treatment should be careful.